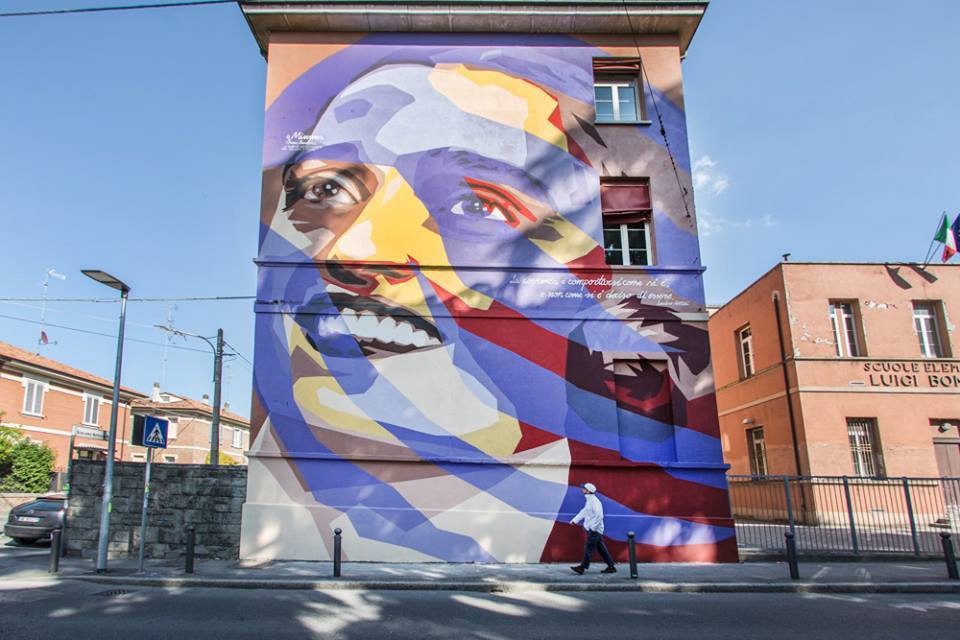 CHEAP and Orticanoodles together realized a new street art intervention in Bologna: after the multifaceted portrait of Roberto Roversi made at the Pillar, the permanent street poster art laboratory and the Milanese artist duo is back with a new wall dedicated to an icon of #resistance , Irma Bandiera.

The challenge was to use contemporary language to celebrate anti-fascism, intervening on the urban landscape of the city to add another piece to that collective gear that is memory: the project saw the creation of a large portrait of “Mimma ”In the street, a portrait of the partisan symbol of the fight against Nazi fascism in Bologna now available to everyone.