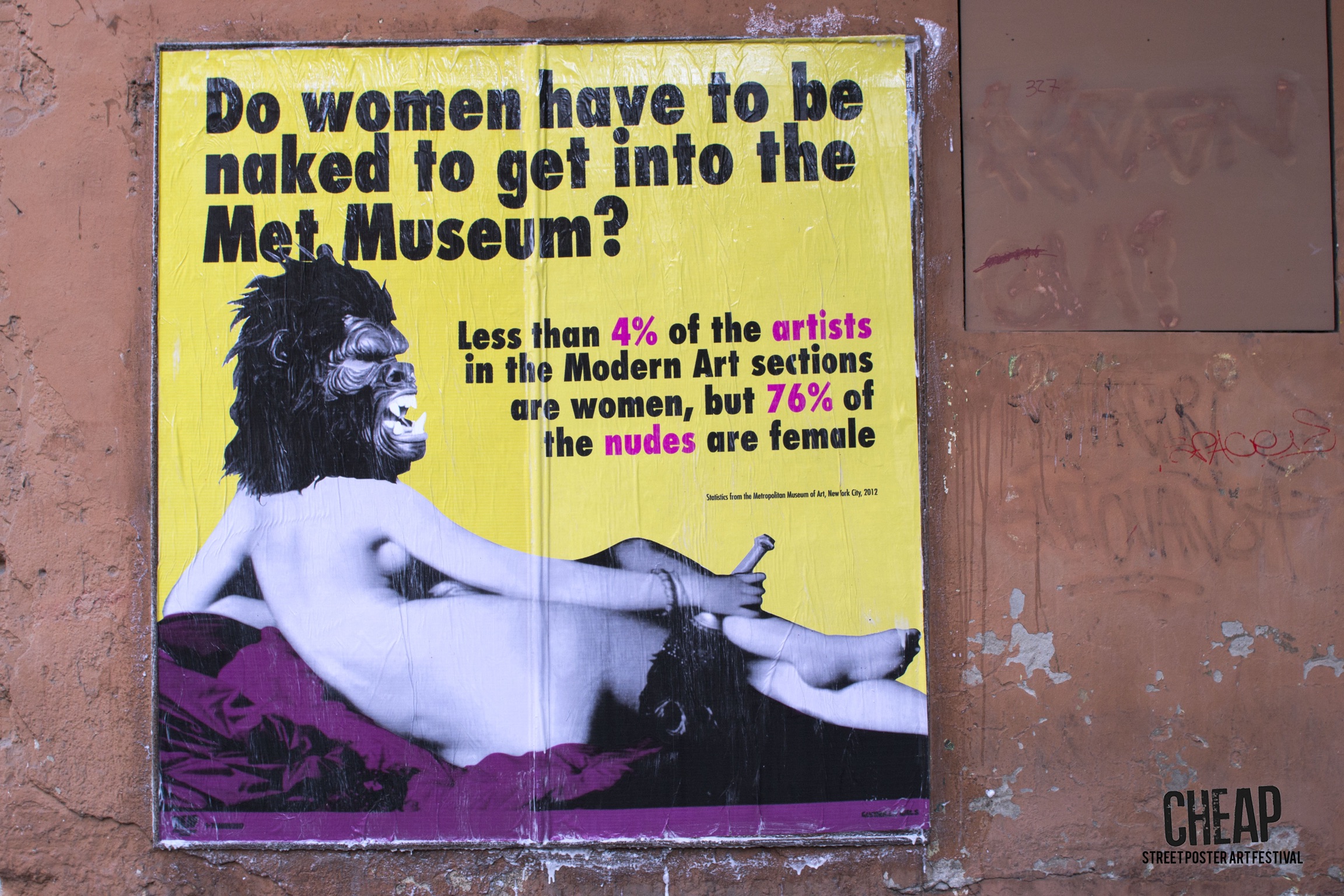 The Guerrilla Girls are feminist activist artists. They wear gorilla masks in public and use facts, humor and outrageous visuals to expose gender and cultural bias as well as corruption in politics, art, film, and pop culture.

They believe in an intersectional feminism that fights discrimination and supports human rights for all people and all genders. They undermine the idea of a mainstream narrative by revealing the understory, the subtext, the overlooked, and the downright unfair.

With over 100 street projects, posters and stickers all over the world, including New York, Los Angeles, Minneapolis, Mexico City, Istanbul, London, Bilbao, Rotterdam and Shanghai, the semiotic guerrilla of the feminist crew now arrives in Bologna, Italy: CHEAP will realize a pubblic street action in the downtown central via dell’Indipendenza. 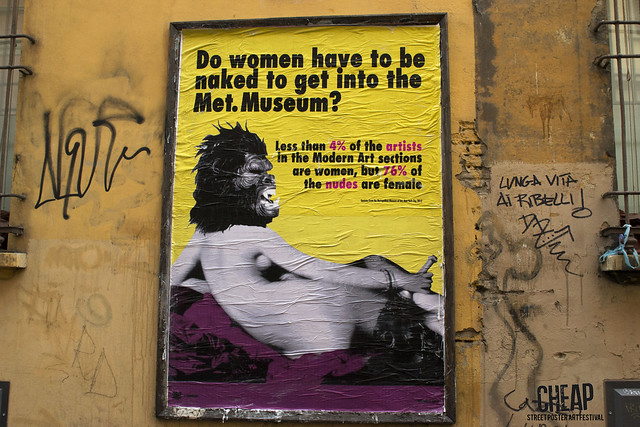